Disclaimer: This page contains commission links. If you choose to make a purchase after clicking a link, I may receive compensation at no additional cost to you. Thank you for your support.

Maybe it’s the frequent dusting of snow that doesn’t add up to much, the general boredom setting in due to roads and sidewalks being too slippery for daily walks, or something in the air that makes me feel compelled to bake coffee cake. Whatever it is, I’m on a roll. Not that anyone in this family is complaining.

I dove into my cookbook collection to see what coffee cake recipe would jump out at me next. I figured I should have some sort of idea in mind of what I wanted to do before the morning. I knew I’d wake up hours before everyone anyway, so I would even have plenty of time before the first kid walked in, ravenous and looking for food.

Skip to the recipe using the Table of Contents below or keep on reading for a little cookbook talk.

I Break the Recipe Rules

I didn’t find anything that spoke to me right then…until I happened to grab More From the Farm: Family Recipes and Memories of a Lifetime by Philip Potempa. That’s when I found “Helen Marie’s Breakfast Buttercream Coffeecake.” It was the “buttercream” that did me in.

You complete me, too, coffee cake…until I realized something very big about this recipe, after I was already a few steps in. #1. This isn’t buttercream, but ermine frosting and #2. Ermine frosting is a cooked frosting (delicious and less sweet than buttercream).

Okay, I broke basically the #1 rule of every Big Stuff Fancy Baker out there. I did not READ the recipe steps, I only SKIMMED them. Confession time: Honestly, I’m not sure I even did that. Why didn’t I do that? *shrug* It was somewhere after the topping and before the baking that I realized that making this coffee cake was a little more work than I had expected.

I don’t want to let that throw you off. Break it down into manageable tasks. Don’t just look at the whole thing or you might back away. It isn’t hard to bake or anything. You begin by making the topping, then setting it aside. You’ll work on the batter, creaming butter and sugar, while you measure and separate the dry ingredients from the wet, before adding them into the batter in parts.

When the coffee cake bakes, you’ll prepare the cooked frosting. It’s not a buttercream, rather, it’s what I would call “ermine frosting,” the same type that appears on traditional red velvet cakes. That frosting is the filling and will need to cool. After the cake bakes, and then sits for a bit, you’ll slice it in half, topping with the ermine frosting filling, before replacing the top. I used a large turner to help me get under the coffee cake, to slide it over to a second cooling rack, and to keep it from breaking. I was mostly successful, except for a small corner I managed to snap off. I still consider it a “win.”

I did not wait for two hours to slice and fill this coffee cake. I didn’t even wait one. Bad! Bad, Jessy! I waited until the coffee cake was warm, but the ermine frosting filling was cooled. I kept stirring it occasionally to help speed along that process. Of course, the result is a NOT as beautiful coffee cake—not that anyone seemed to care. The oldest ate his weight in it, I swear.

Now, let’s take a look at the cookbook where I found this homemade frosting-filled coffee cake recipe.

More From the Farm: Family Recipes and Memories of a Lifetime by Philip Potempa.

My parents moved from a Chicago suburb to a small Northwest Indiana town when I was headed into Kindergarten, so Chicago papers were a staple in my parents’ house. Although I never read much more than the comics section and sought out the “Can You Tell a Difference?” puzzles, regular readers might recall Philip Potempa. After all, Philip Potempa worked for twenty years as a writer at The Times, with features and daily entertainment coverage, and his regular column, From the Farm.

That’s also the name of Philip’s first cookbook. More From the Farm picks up where his first cookbook left off, with three more years of Philip’s columns and recipes, including images, sketches, and previously unpublished columns, packed inside. My mom sent me this book in a box a year or two ago. Isn’t that fun? There’s nothing better than getting mail and my mom is so good at picking out cookbooks I’ll enjoy.

If you are a cookbook reader, you’ll enjoy this one. Many of these are family, area celebrity, or reader-submitted recipes. In many cases, there is a story to go along with the recipe—which should keep all of you cookbook readers happy. The majority of recipes are homemade, with easy-to-find ingredients. With more than 200 recipes, you’ll stay busy, but be warned that the font is small. The pages can be busy, with a recipe (or two), sometimes an illustration, a call-out ingredient sidebar, and bullet point steps all squeezed onto the same page. But, it’s overall charming, with local stories and restaurants and events all around the areas where I grew up.

Recipe found in More From the Farm: Family Recipes and Memories of a Lifetime (2004) by Philip Potempa. Do read all the steps before you begin! It is a little more labor intensive than your typical coffee cake, but nothing too taxing (other than patience). I ditched the walnuts in the topping, subbing in milk chocolate chips. I left the rest of the recipe alone. It's the perfect coffee cake to go with a cup of good black coffee to help cut the sweetness. #familyapproved
Print Recipe
Course Breakfast
Cuisine American
Servings 12 Servings

For the Streusel Topping

For the Coffee Cake Batter

If you enjoy a mix of story and recipe, do check these books out. From long ago movie stars and other celebrities to Philip’s own family members, it’s an entertaining read. Add in family-tested recipes you’ll actually use for a great combination that ticks several boxes.

Further from the Farm: Family Recipes and Memories of a Lifetime (2010) by Philip Potempa (Amazon) (eBay)

Back From the Farm: Family Recipes and Memories of a Lifetime (2019) by Philip Potempa (Amazon) (eBay) 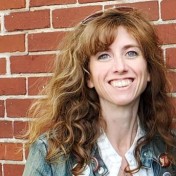 Award-winning Author. Writer. #1 Fan of Dessert, Devourer of Bread. Baker. I <3 Pizza & Guacamole (just not together). 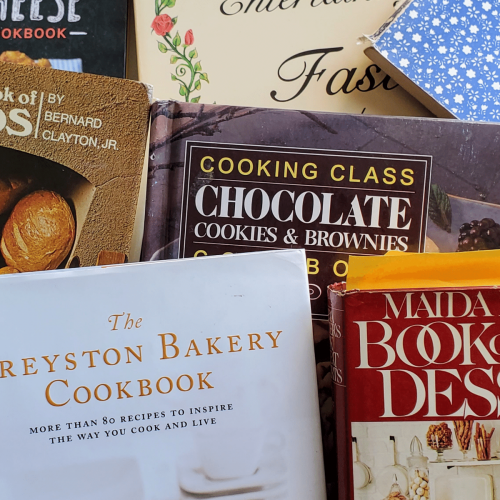 What to Write in a Cookbook Gift 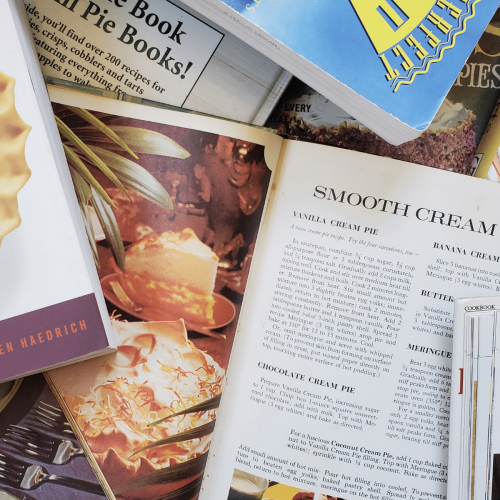 Get Your Bake On

Here's the same boring disclaimer you see on every site: We use cookies on our website to give you the most relevant experience by remembering your preferences and repeat visits. By clicking “Accept”, you consent to the use of ALL the cookies.
Do not sell my personal information.
Cookie SettingsAccept
Manage consent

This website uses cookies to improve your experience while you navigate through the website. Out of these, the cookies that are categorized as necessary are stored on your browser as they are essential for the working of basic functionalities of the website. We also use third-party cookies that help us analyze and understand how you use this website. These cookies will be stored in your browser only with your consent. You also have the option to opt-out of these cookies. But opting out of some of these cookies may affect your browsing experience.
Necessary Always Enabled
Necessary cookies are absolutely essential for the website to function properly. These cookies ensure basic functionalities and security features of the website, anonymously.
Functional
Functional cookies help to perform certain functionalities like sharing the content of the website on social media platforms, collect feedbacks, and other third-party features.
Performance
Performance cookies are used to understand and analyze the key performance indexes of the website which helps in delivering a better user experience for the visitors.
Analytics
Analytical cookies are used to understand how visitors interact with the website. These cookies help provide information on metrics the number of visitors, bounce rate, traffic source, etc.
Advertisement
Advertisement cookies are used to provide visitors with relevant ads and marketing campaigns. These cookies track visitors across websites and collect information to provide customized ads.
Others
Other uncategorized cookies are those that are being analyzed and have not been classified into a category as yet.
SAVE & ACCEPT